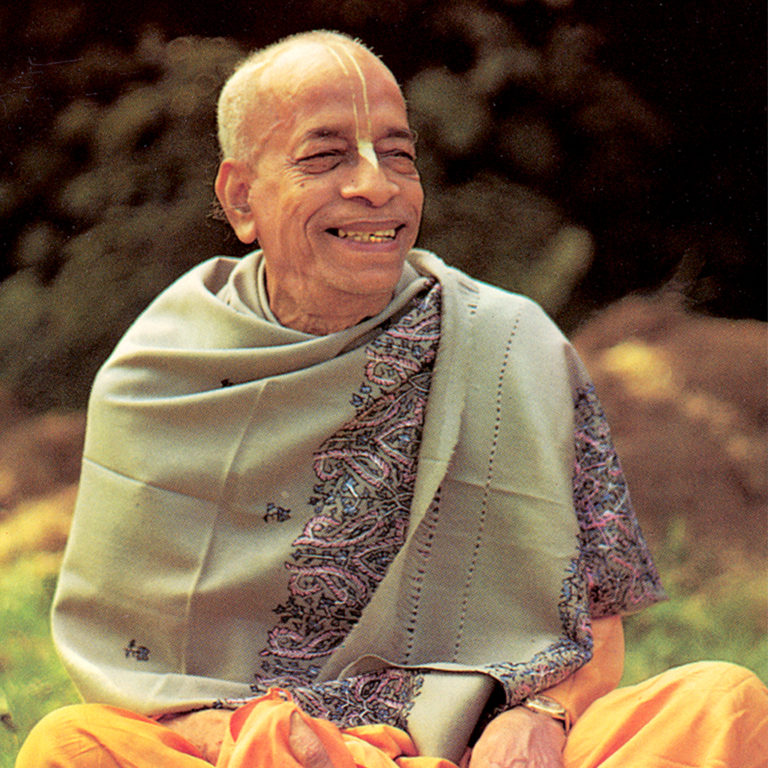 Born on 1 September 1896, in a humble house in Calcutta, he was named Abhay Charan, “one who is fearless, having taken shelter at Lord Krishna’s feet.”

He received a European style education in the Scottish Church College. During his years in the college, Abhay Charan De was a member of the English Society as well the Sanskrit Society. He graduated in 1920 with majors in English, philosophy and economics.

In 1922, when he first met his spiritual master, Bhaktisiddhanta Sarasvati Thakura, he was requested by him to spread the message of Lord Chaitanya in the English language. In 1932 he became a formally initiated disciple of Bhaktisiddhanta. In 1944, he started a regular publication for which he acted as writer, designer, publisher, editor, copy editor, and distributor.

In 1947, the Gaudiya Vaishnava Society recognized his scholarship with the title Bhaktivedanta, (bhakti-vedānta) meaning “one who has realized that devotional service to the Supreme Lord is the end of all knowledge” (with the words Bhakti, indicating devotion and Vedanta indicating conclusive knowledge).

His later well-known name, Prabhupāda, is a Sanskrit title, literally meaning “he who has taken the shelter of the lotus feet of the Lord”, also, “at whose feet masters sit”. This name was used as a respectful form of address by his disciples.

From 1950 onwards, he lived in the holy town of Vrindavan, where he began his commentary and translation work of the Sanskrit work Bhagavata Purana (Srimad Bhagavatam).

In 1959 he took Vaishnava renunciate vows, sannyasa; following this he single-handedly published the first three volumes covering seventeen chapters of the first book of the Bhagavata Purana (also known as the Srimad-Bhagavatam), filling three volumes of four hundred pages each with a detailed commentary. He then left India in 1965 to the USA obtaining free passage on a freight ship called the Jaladuta, with the aim of fulfilling his spiritual master’s instruction to spread the message of Lord Chaitanya around the world. In his possession were a suitcase, an umbrella, a supply of dry cereal, about eight dollars worth of Indian currency, and several boxes of books.

From these humble beginnings he spread the Gaudiya Vaisnava teachings throughout the world circling the globe fourteen times on lecture tours that took him to six continents. He established many temples and centers, accepted thousands of disciples, and published over eighty authoritative books.

Before he left this world, Bhaktivedanta Swami was asked who would take the leadership after he left. He replied that all his disciples will and if you follow, you can too. He explained that “we have no such thing, that “Here is leader. Anyone who follows the previous leadership, he’s a leader.”

Today, a number of disciples of his Divine Grace AC Bhaktivedanta Swami Prabhupad are carrying on his mission to pass down the science of yoga. Jagad Guru Siddhaswarupananda Paramahamsa, one such disciple, has established the Science of Identity Foundation to spread yoga wisdom. 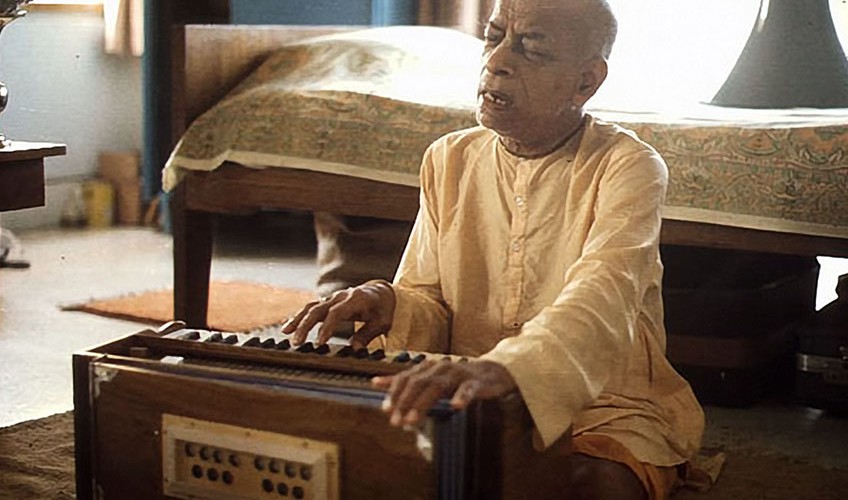 Hear the wonderful Mahamantra beautifully sung by the great saint and Vaishnava acharya, Srila Bhaktivedanta Swami Prabhupada. Accompanied by harmonium, this is an incredible, heart warming recording of the most wonderful mantra of all. Please meditate on this transcendental sound,… 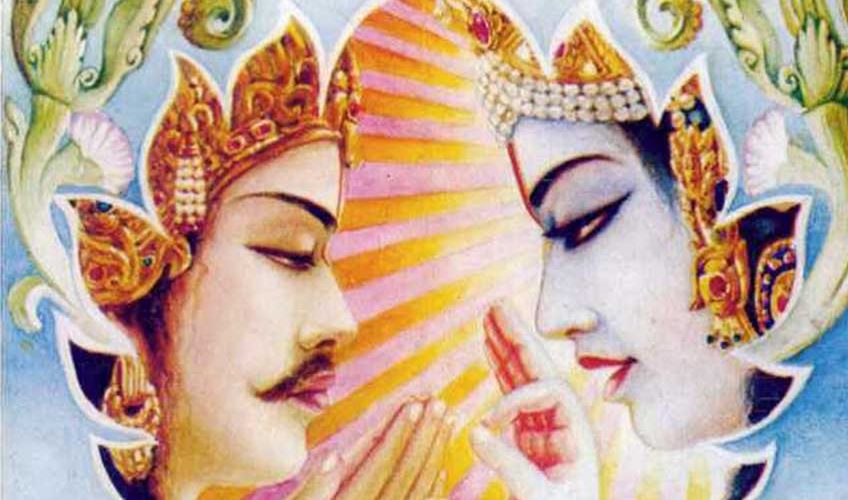 Rāja-Vidyā: The King Of Knowledge

“We may be proud of our academic education, but if asked what we are, we are not able to say. Everyone is under the conception that the body is the self, but we learn from Vedic sources that this is…

Bhagavad-Gita As It Is Chapter Four Transcendental Knowledge TEXT 1 The Blessed Lord said: I instructed this imperishable science of yoga to the sun-god, Vivasvan, and Vivasvan instructed it to Manu, the father of mankind, and Manu in turn instructed it to… 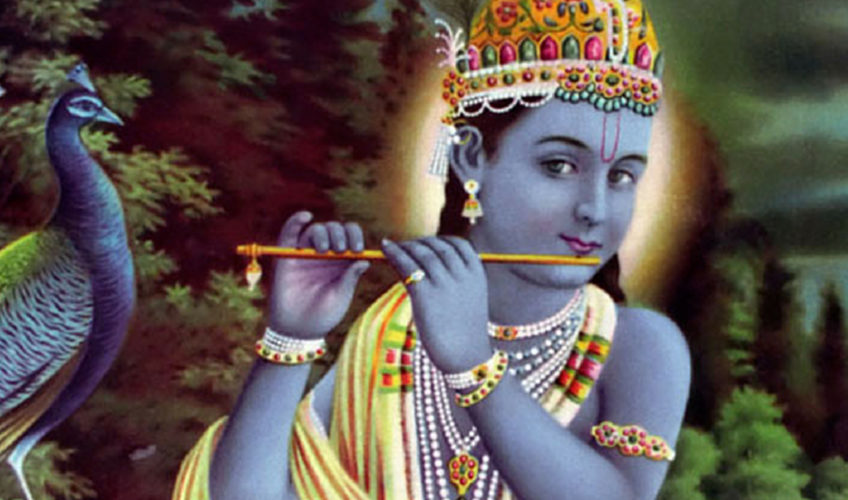 Krishna is a historical personality. But He is the Supreme Personality of Godhead. According to Vedic literature, we get information that God comes within all kinds of societies. Not only human society, but in animal society also. And why does…

Bhagavad-Gita As It Is Chapter Three Karma Yoga TEXT 1 Arjuna said: O Janardana, O Kesava, why do You urge me to engage in this ghastly warfare, if You think that intelligence is better than fruitive work? TEXT 2 My intelligence… 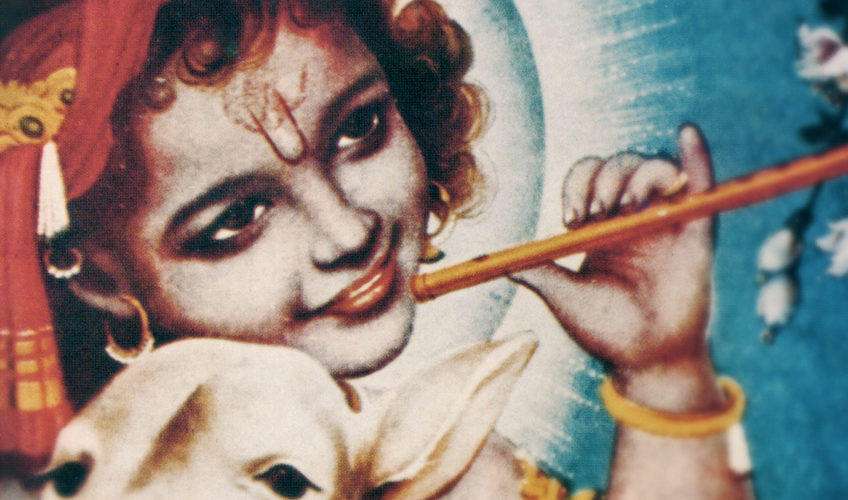 The Yoga Of Love

“For him who has conquered the mind, the mind is the best of friends; but for one who has failed to do so, his very mind will be the greatest enemy.” Bhagavad-gita 6.6 The whole purpose of the yoga system…

The Journey Of The Soul