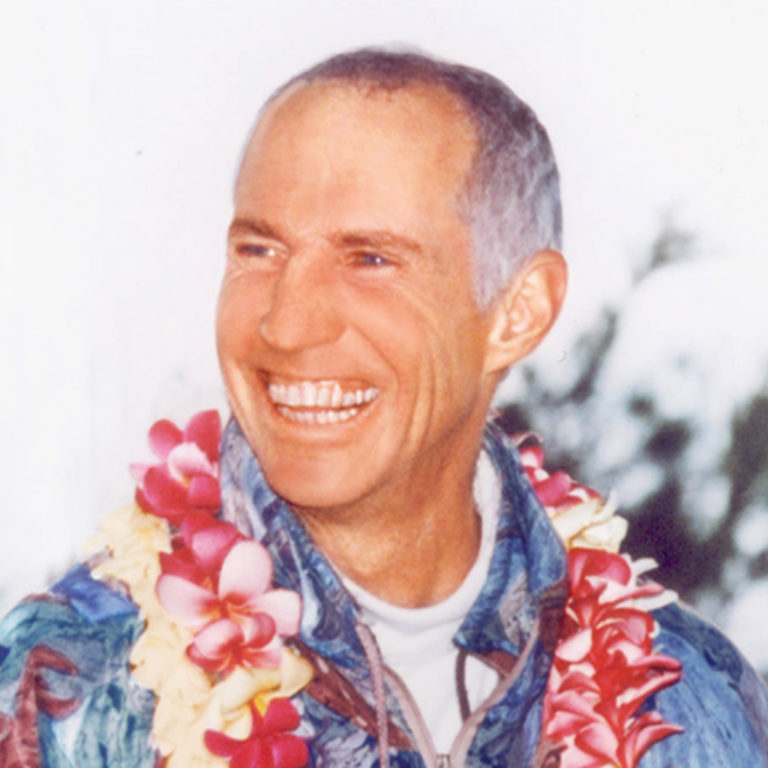 Jagad Guru Siddhaswarupananda is a disciple of His Divine Grace Srila A.C. Bhaktivedanta Swami Prabhupada in the disciplic succession (parampara) known as the Brahma Madhva Gaudiya Sampradaya. Jagad Guru established the Science of Identity Foundation and is the inspiration behind numerous local and worldwide organizations founded by his disciples and students. He has been teaching the science of yoga meditation for more than 45 years.

As a long-time proponent of non-sectarianism, Jagad Guru has worked in union with other Vaishnava acharyas (teachers), including Puri Maharaj, Paramadvaiti Maharaj, B.B Tirtha Maharaj, and others to establish the World Vaishnava Association, an umbrella organization composed of more than 30 different Vaishnava missions around the world.

Vaishnava Hindus recognize that despite the various ways and methods that different acharyas teach, the apex of perfect yoga, and the ultimate goal of the human form of life, is the achievement of pure bhakti, or spiritual love. Yoga can be compared to a ladder. The lowest rung is yoga asanas and the highest rung—the culmination and definition of yoga—is perfect spiritual love.

Jagad Guru appeared in this world in 1948 as Chris Butler, and lived in Hawaii from the time he was two years old. His spiritual quest began in his teens and he became a master of astanga and kundalini yoga by the time he was only 20 years old. Later, Jagad Guru came into contact with His Divine Grace Srila A.C. Bhakivedanta Swami. Although Jagad Guru had already realized the impersonal Brahman feature of the Supreme Soul, or Nirvakalpa Samadhi, the teachings of Srila Bhaktivedanta Swami drew him beyond Brahman realization to the personal aspect of the Supreme Soul.

In 1970, Siddhaswarupananda offered himself and all his possessions at the feet of A.C. Bhaktivedanta Swami, begging to be accepted as a disciple. He offered all his properties, wealth, and the position he had as an honored teacher with hundreds of followers to become a humble servant of his spiritual master. Srila Bhaktivedanta Swami accepted him as a disciple and gave him the name Siddhaswarupananda, which means “one’s spiritual form which is full of bliss.”

Chaitanya Mahaprabhu, the inaugurator of the kirtan movement and a proponent of bhakti yoga, wanted to distribute bhakti or spiritual love to everyone. Five hundred years ago He gave the instruction, “By My command, be guru [spiritual teacher] and save the people from their suffering.” Thus, Srila Bhaktivedanta Swami passed on this instruction to all of his disciples, and Jagad Guru took this instruction as his life and soul. Jagad Guru traveled penniless to the Hawaiian island of Kauai, where by God’s grace he opened a yoga ashram in the countryside with no running water or electricity. He became a siksha (instructing) guru (teacher) of many, not only in Hawaii, but around the world. As a humble disciple, he always sent his disciples to Srila Bhaktivedanta Swami to be initiated. After the disappearance of his Gurudev from this world in 1977, Jagad Guru took the role of diksha (initiating) guru and began to initiate disciples. Today he has a worldwide following of tens of thousands of individuals who attempt to apply the teachings of yoga in their daily lives.

Because Jagad Guru Siddhaswarupananda presents ancient yoga and Vedic wisdom in a down to earth, scientific, and philosophical manner, rather than dogmatically and fanatically, countless people who were previously skeptics have found genuine spirituality that has real application in their modern lives. While uncompromising in his presentation of bona fide yoga teachings, Jagad Guru is also a master of innovation and thus deals with different people according to time, place, and circumstance.

Jagad Guru has written several acclaimed books, such as Who Are You? Discovering Your Real Identity and Reincarnation Explained. In addition, he has authored many booklets covering a wide variety of personal and social issues. His television series, Jagad Guru Speaks, has aired internationally for many years.

The Secret Of Eternal Happiness

The goal of yoga and meditation, the goal of the Vedic system and the goal of human life are all the same: to become free from the wheel of birth and death, to become liberated. By nature, we are eternal…

In this life we have many different experiences, some pleasurable and some miserable. In this interview, Jagad Guru Siddhaswarupananda explains that it is not by chance or accident that we have these experiences. Question: Why is it that if God…

Transcend The Miseries of This World

Each of us seeks a place where we are perfectly comfortable and happy, yet our bodies and this world have so many miseries built into them. This article is edited from a lecture given by Jagad Guru and gives important…

Interview: Is Religion A Source Of Conflict Or Of Unity?

Question: A lot of times in the world, religion often acts as and is seen as a divider of people and a source of conflict rather than a source of unity and greater understanding for people. Why is this? And…

Interview: Do I Need To Live In A Monastery To Achieve Self-Realization?

Question: To achieve self-realization, or love for God, do I need to give up all my possessions and live in a monastery or ashram? Jagad Guru: No. As Krishna makes clear in the Bhagavad-Gita, one can be in the world…

Interview: How Do You Feel When People Criticize You For Having Faults?

Question: How do you feel when people criticize you for having faults? Jagad Guru: They’re not telling me something I don’t already know. I have many faults. I am not perfect. But God is perfect. He is so perfect that… 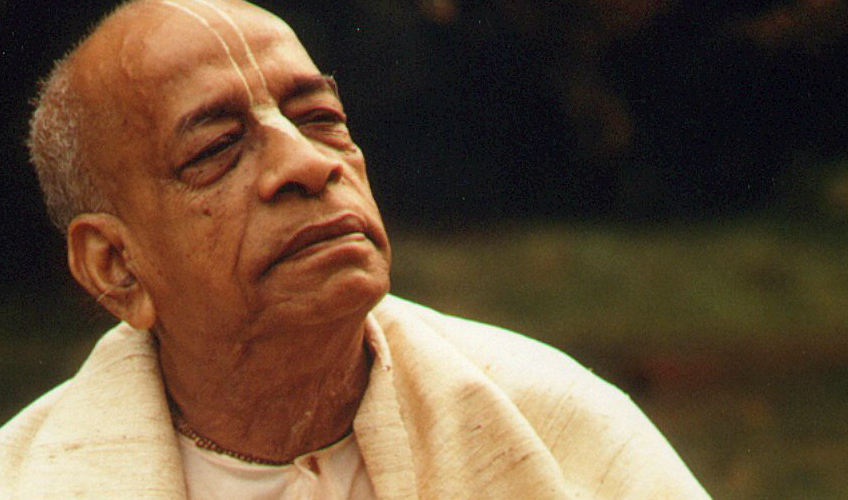 Interview: What Does “Guru” Mean?

Question: What exactly does “guru” mean? Jagad Guru: “Guru” as an adjective means “heavy or weighty” as in “one who is heavy with spiritual knowledge and wisdom.” “Guru” also means spiritual master—this means that he has dovetailed his body, his…

Interview: What Is The Science Of Identity?

Question: What is the Science of Identity, and why is it important for me to understand it? Jagad Guru: My desire is to share the Absolute Truth with you. When you know who you really are, when you understand the… 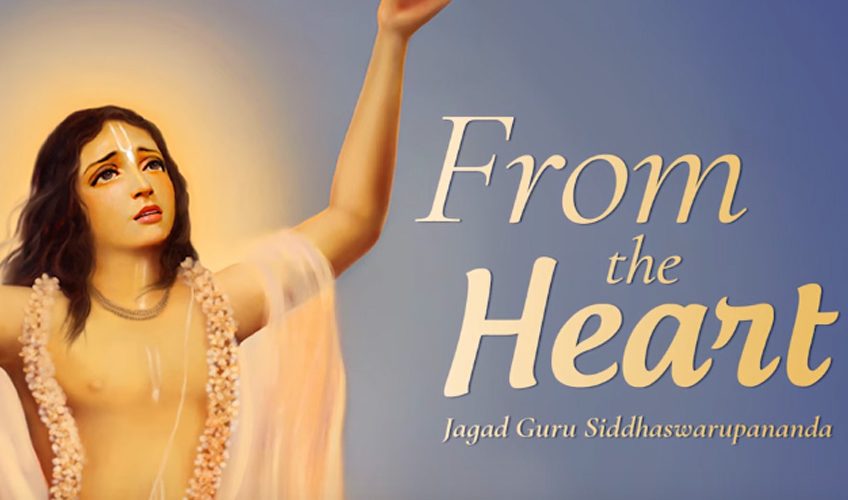 From The Heart Meditation Playlist

With these “From the Heart” meditation videos, one can cultivate their inherent spiritual love, and thus be able to spread peace and joy to others. Meditation has been practiced around the world for thousands of years to enhance one’s physical,…